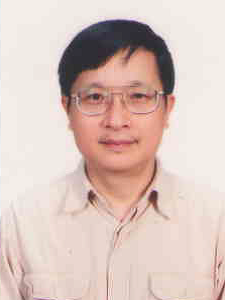 A.Prof. Dr. Sci. Phạm Đức Chính was born in 1958 in Namdinh. He has been working at the Institute of Mechanics-VAST since graduating from the Belarus State University (Minsk, Former USSR) in 1981. Presently he is the Chair of the Science Council of the Institute.  He has been awarded the research scholarships: Humboldt (Aachen, Germany, 1999), and Fulbright (Princeton, USA, 2002).  His research fields include “Micromechanics and homogenization” and “Shakedown and plastic collapse of structures”, with over 100 ISI scientific articles published.

The limited kinematic hardening plasticity theory has been constructed with 4 basic hypotheses:  1- Maximal dissipation hypothesis; 2- Strictly-stable hardening hypothesis; 3- Positive hysteresis hypothesis; 4- Multiaxial Bauschinger hypothesis, which  forms the base for construction and proof of the path-independent shakedown static and kinematic theorems. The theorems allow to determine the boundary for the external loads, the structure would be safe for any loading paths within it; while the structure would fail (collapse) if the boundary should be violated. The theorems also determine the particular plastic collapse modes when the structure fails. With the contributions in the research field “Shakedown and plastic collapse of structures” (which cover over ¼ of his ISI publications) he has been invited to write the chapters on the field for “Encyclopedia of Tribology” (Springer: NewYork, 2013), and “Encyclopedia of Continuum Mechanics” (Springer: Berlin, Heidenberg, to appear).