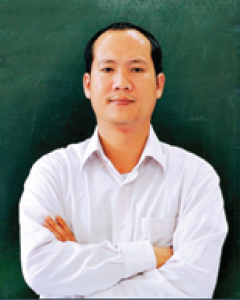 Assoc. Prof. Dr. Phung Van Dong was born in 1981 in Hanoi. He received the PhD degree in Theoretical and Mathematical Physics at the Institute of Physics, Vietnam Academy of Science and Technology, and conducted postdoc studies in KEK (Japan), CERN (Switzerland), and AS (Taiwan). He was a research fellow at the Institute of Physics from 2005 to 2018 and has been the head of High Energy Physics and Cosmology Laboratory, Phenikaa University, since 2019. He is known for contributions of the model building, neutrino physics, and dark matter and published 40 articles in the leading ISI journals as of 2018.