Ta Quang Buu Prize is an event associated with the ceremony of Vietnam Science and Technology Day on 18th of May – a ceremony to celebrate all Vietnamese scientists, science managers, as well as innovation-oriented enterprises; an annual place for scientific community in Vietnam to hold meaningful and practical events to celebrate and honor efforts and achievements in the field of science & technology that contribute new knowledge and support the socio-economic development, at the same time to have a forum for discussion on research orientation to achieve short-term and long-term provision of S&T field in particular and of the country in general. 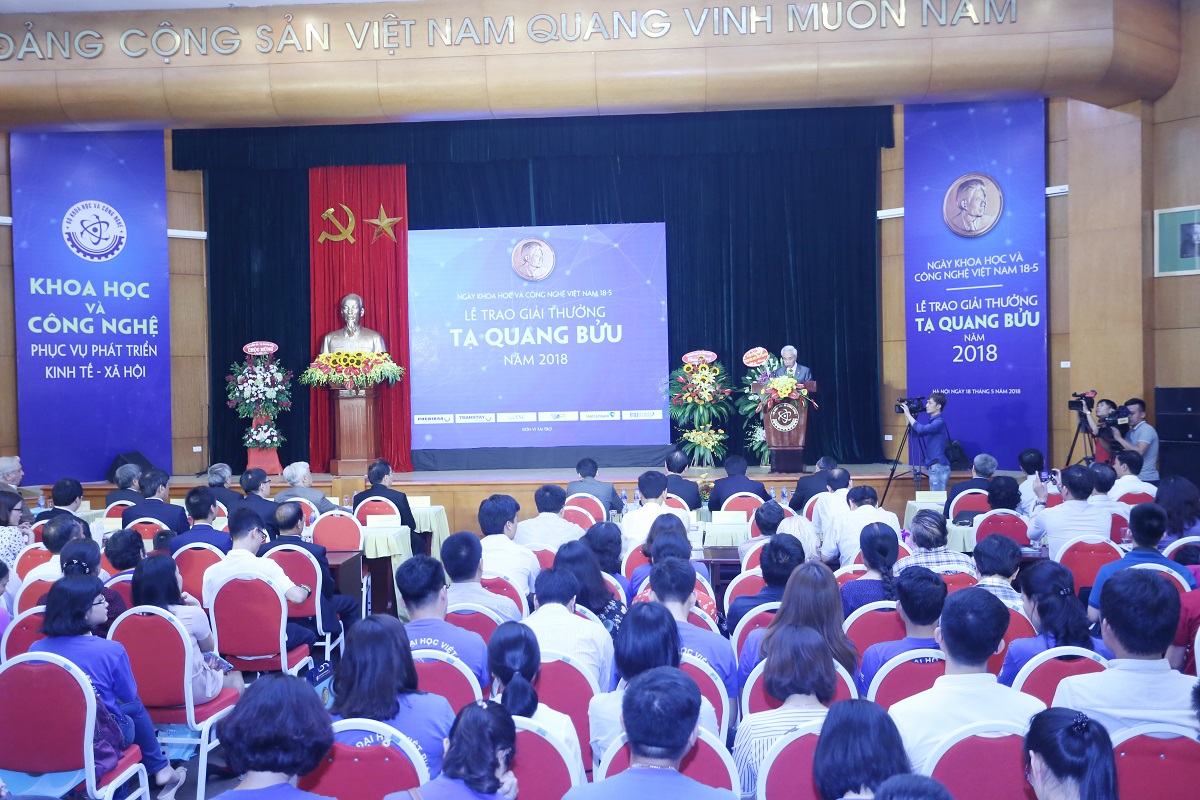 Overview of the ceremony

Participating the ceremony are Mr. Vu Duc Dam, Member of the Party Central Executive Committee, Deputy Prime Minister; Heads of departments in the National Assembly, the Government, the Ministries and other state agencies.

The ceremony was also attended by representatives of Prof. Ta Quang Buu’s family; scientists, representatives of science and technology organizations, members of the Prize Committee and other scientists who had been awarded the Prize, students from universities and the press. More especially, attending the Award Ceremony there was also Prof. Dr. Pierre Darriulat, who has been accompanying Ta Quang Buu Prize for the past 05 years. 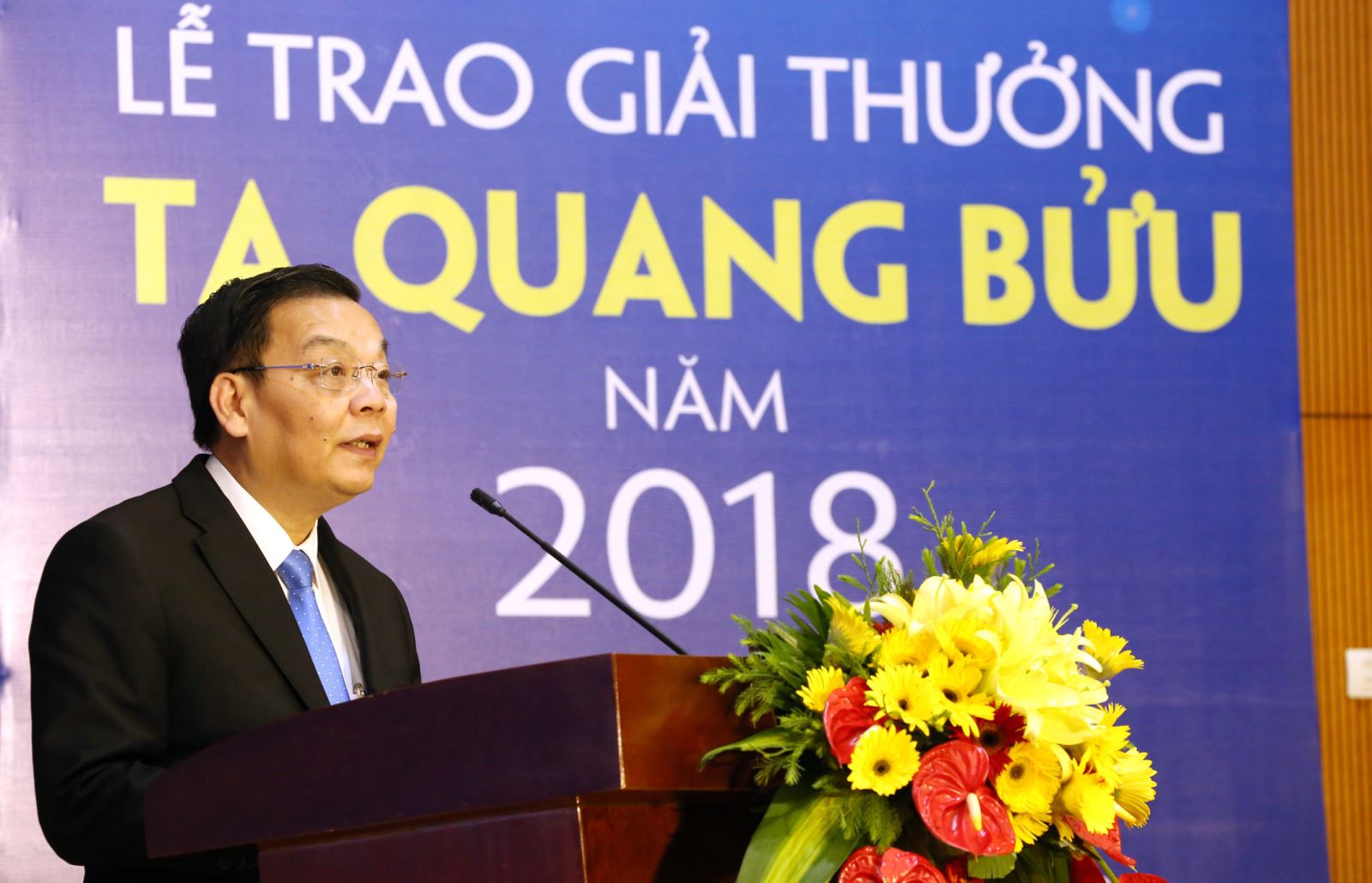 According to the Minister Chu Ngoc Anh, developing science and technology, together with education and training, has been stated in many documents of the Party and the Government as top national policy, being the core motivation to quick and sustainab development of the country. Implementing the Party’s policy and the Government’s laws, in recent years, MOST has actively worked with other ministries, agencies, central and local organizations to execute many key tasks in order to create favorable environment for research and development activities. At the same time, the organization of science and and technology awards has also encouraged scientists to enthusiastically research and dedicate for the country and the community.

In the past time, science and technology has seen many positive developments, focusing on accompany, commitment and direct contribution to the improvement of quality of growth and competitiveness of the economy; creation of favorable environment for businesses in the process of technology transfer and innovation; support for start-ups and innovative start-ups investment; strong shift from the management of imported goods quality to post-inspection mechanism; direct participation in the production-business chain;… in order to effectively contribute to the national socio-economic development.

Parallel to the above issues, basic research still receives significant attention and investment from the Government. The promotion of the National Key Program on Mathematics Development till 2020; Program on Physics till 2020; Program on Development for Basic Research in Chemistry, Life Sciences, Earth Sciences and Marine Sciences in the 2017-2025 period; as well as the implementation of 02 International Centers on Mathematics and Physics approved by the UNESCO are the important goals of science and technology. These will be the core base, together with other S&T programs of other ministries, research institutes and universities to encourage the training of high-quality human resources, aiming at significant achievements at international level as the Ta Quang Buu Prize awarded research.

“Ta Quang Buu Prize is an annual prize of the Ministry of Science and Technology to honor scientists with significant achievement in basic research in the fields of natural sciences and engineering. Over the past 05 years, the Prize has received positive recognition from the scientific community as a prestigious prize. It has encouraged scientists and S&T organizations to conduct high-quality research in Vietnam; promoted the development of an academic and creative environment and of excellent research groups that are strong enough to conduct research at international level”, the Minister emphasized.

On 10 May 2018, Minister of Ministry of Science and Technology signed Decision No. 1226/QD/BKHCN, awarding 2018 Ta Quang Buu Prize to 03 scientists nominated by the Prize Committee, including:

Assoc. Dr. Pham Van Hung, International University, National University in Hochiminh City is the main author of a research in Agricultural Biology: “In vitro digestibility and in vivo glucose response of native and physically modified rice starches varying amylose contents”. The research was published on Food Chemistry, the world’s leading scientific journal in Agriculture and Biology. 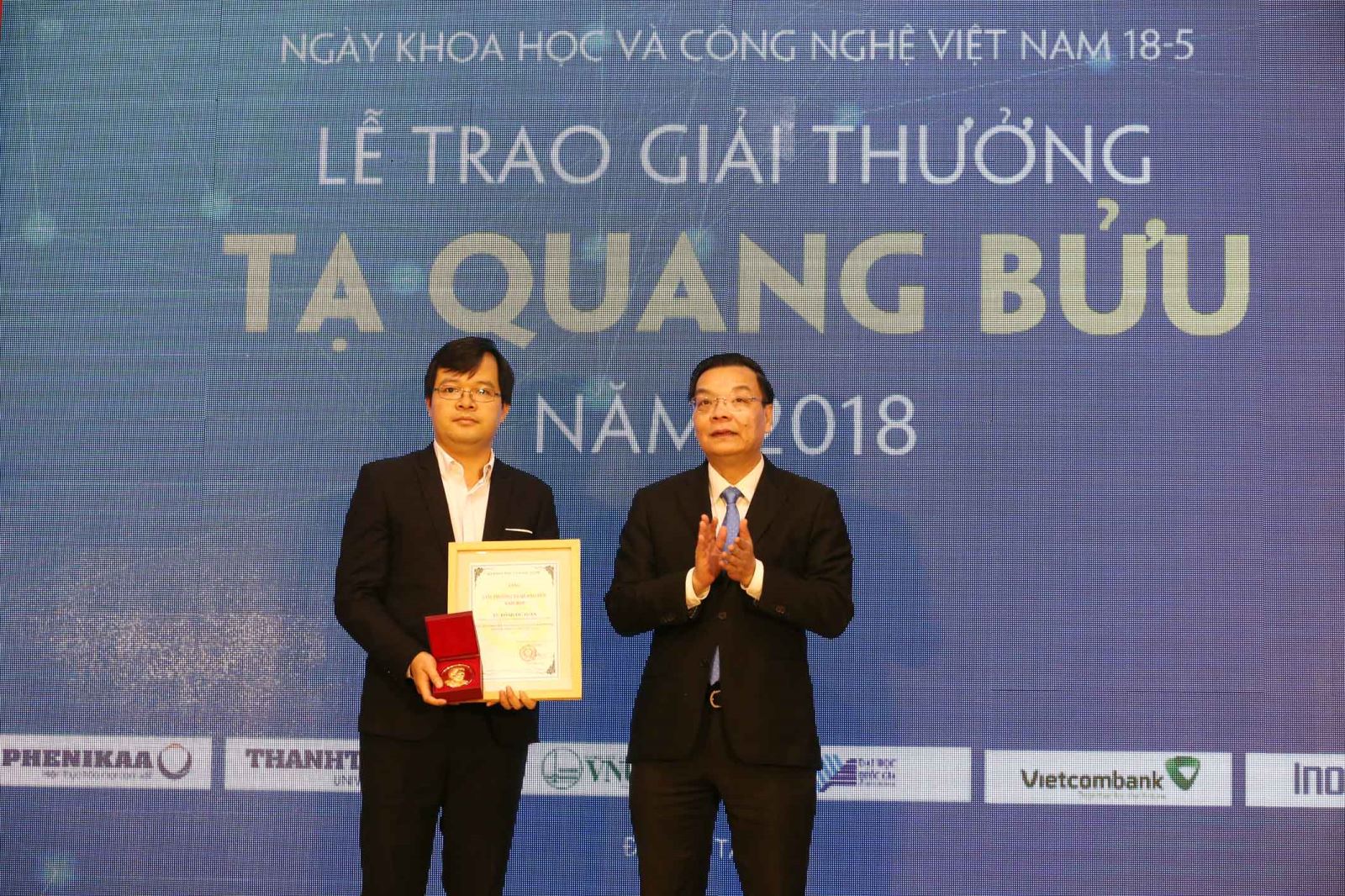 According to Prof. Dr. Nguyen Duc Chien, the number of applications this year is quite high, partly showing that research results of Vietnamese scientists are having better and better quality, scientific papers are also published on international of higher ranking. On the other hand, it also means that the scientists, especially young scientist, are paying lots of attention toward Ta Quang Buu Prize. The publications by Vietnamese scientists on the leading international journals also significantly heighten the position of Vietnam’s science in the world, contributing to the knowledge storage of mankind.

“NAFOSTED plays an important role in attracting young Vietnamese scientists who have been trained oversea to come back Vietnam for working, especially for teaching and doing research in universities, being a key factor in the improvement of education quality in universities in Vietnam”, Prof. Nguyen Duc Chien emphasized.

Ta Quang Buu Prize is the prize of the Ministry of Science and Technology, with NAFOSTED being the Organizing Agency, and is held annually to encourage and honor scientists with outstanding achievement in basic research in natural sciences and engineering. The prize contributes to encourage the development of basic research in particular and of science and technology in Vietnam in general. Scientists who are awarded must have key contribution in the research process in Vietnam in have publication published on prestigious international journals. 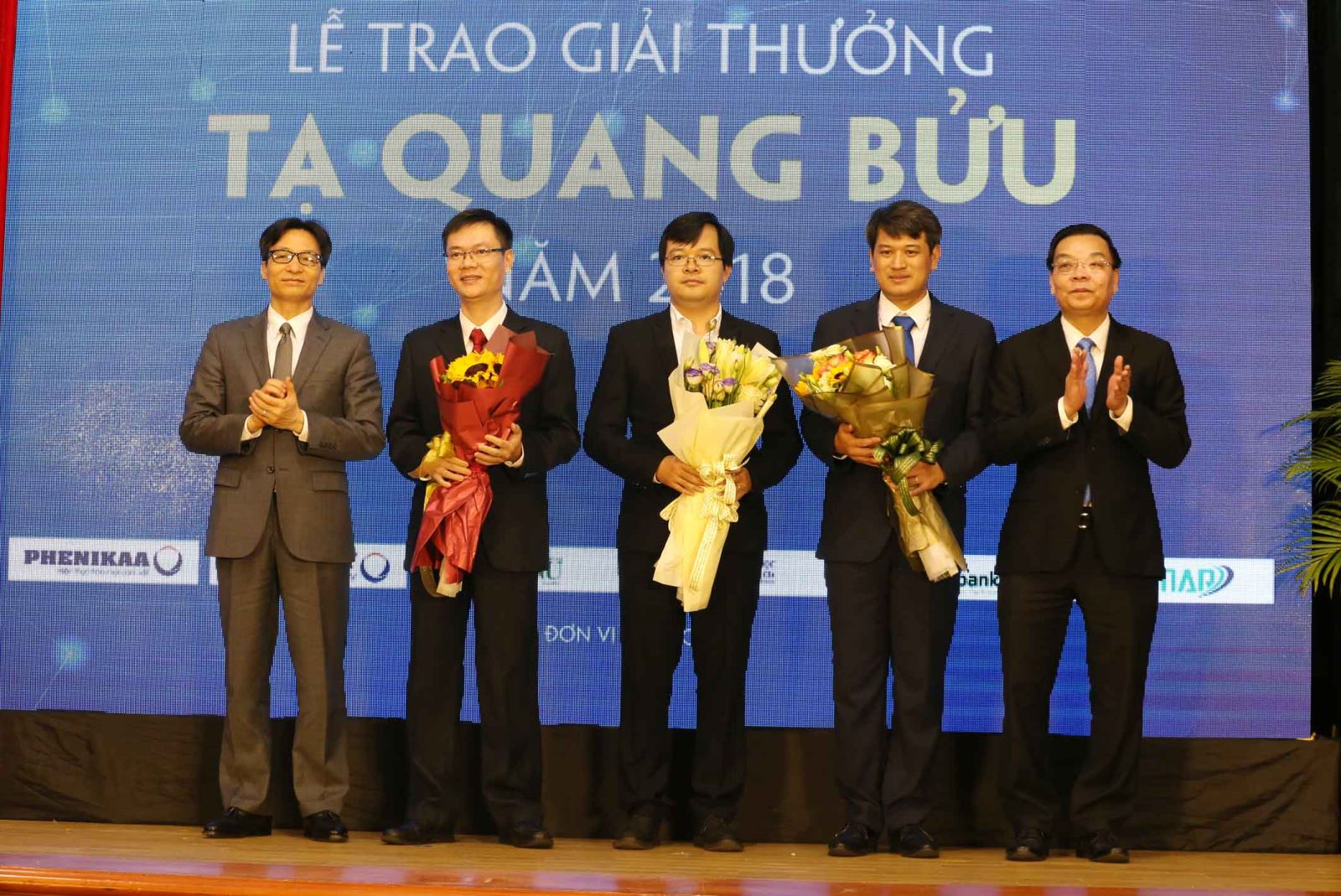 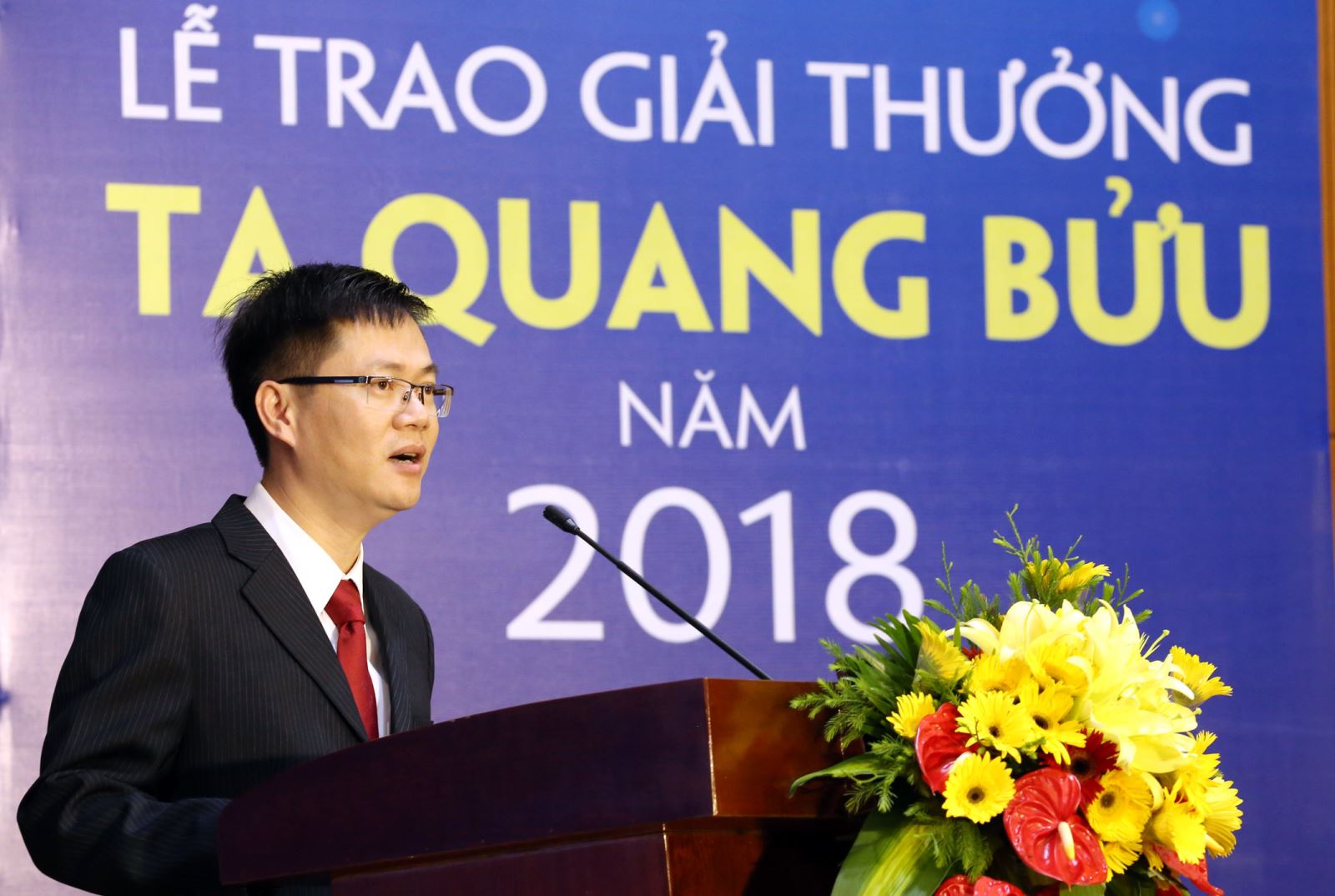